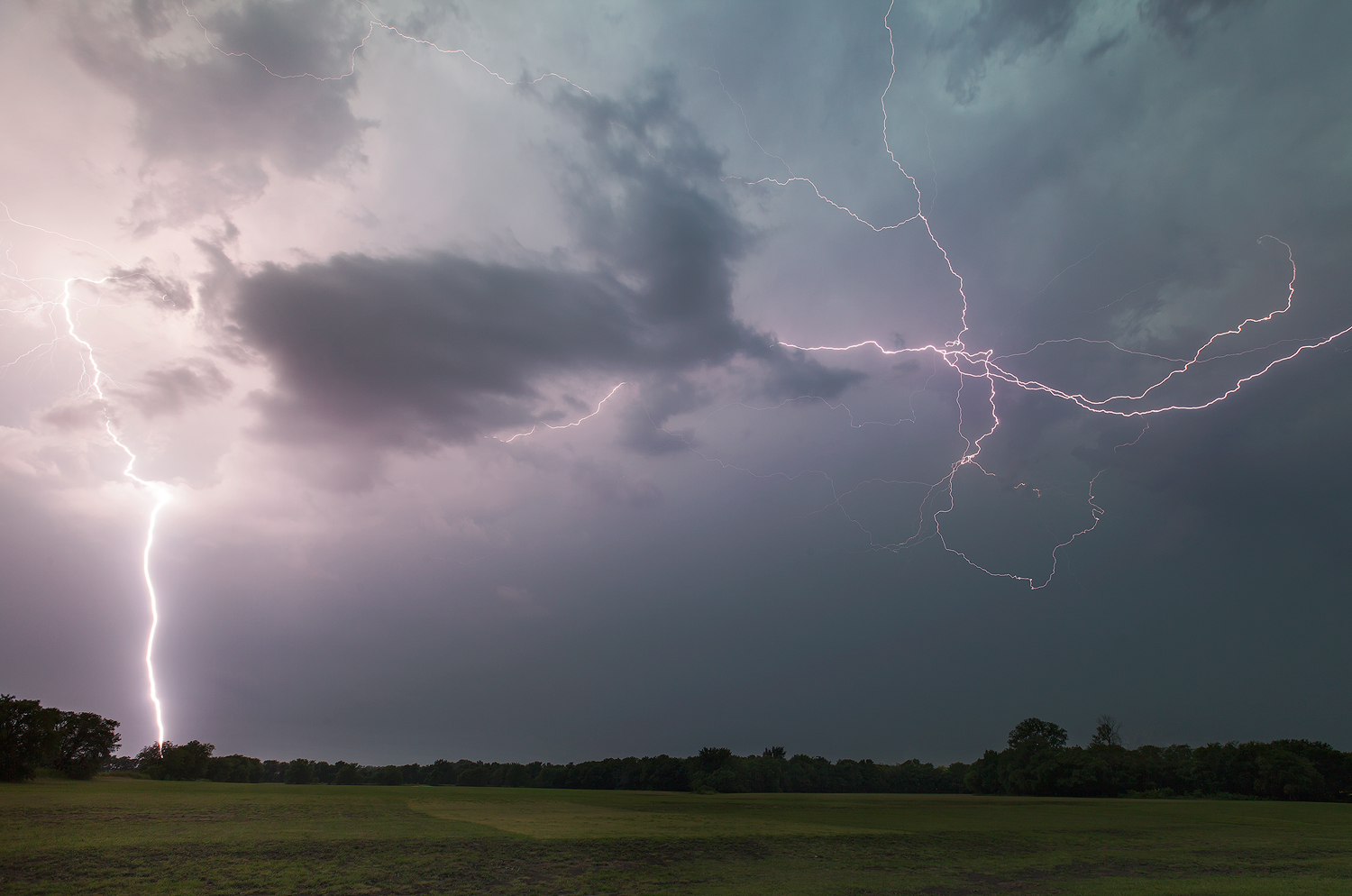 During the second year of my Clouds 365 Project (2011), I captured an image that I was proud of at the time. It was a long exposure of cloud to ground (CG) lightning hitting the ground and crawling back under the storm base. A combination of CG and spider lightning. I never liked the processing I did on the original, however. I thought it would be fun and redo it. Post processing tools and technology are far better than they were four years ago, even my Photoshop skills are far superior. Below are the before, published in 2011 and the and after image from today. Leave your comments below! 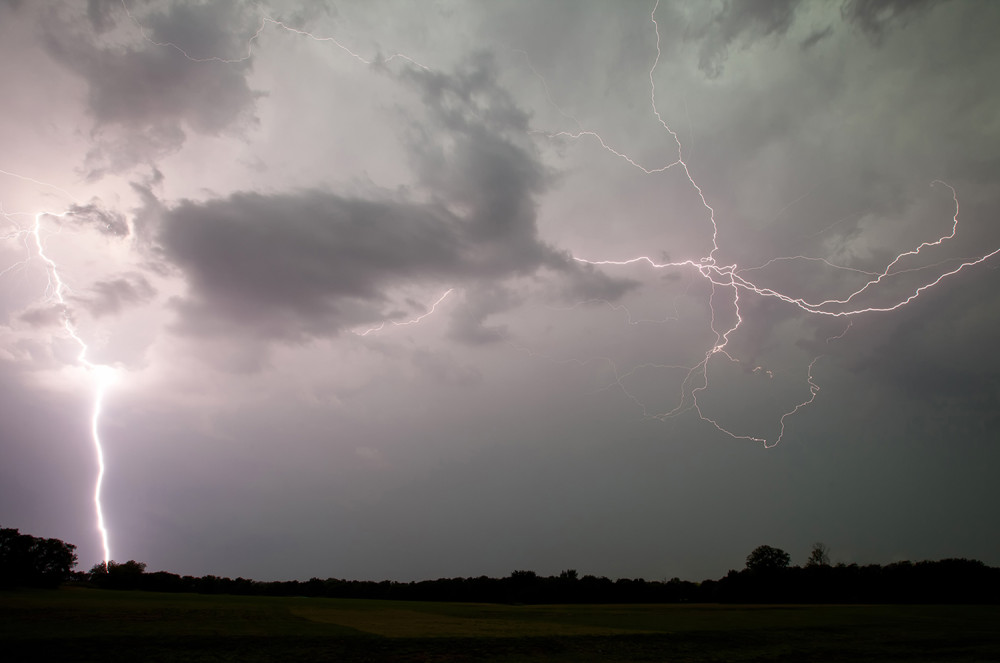 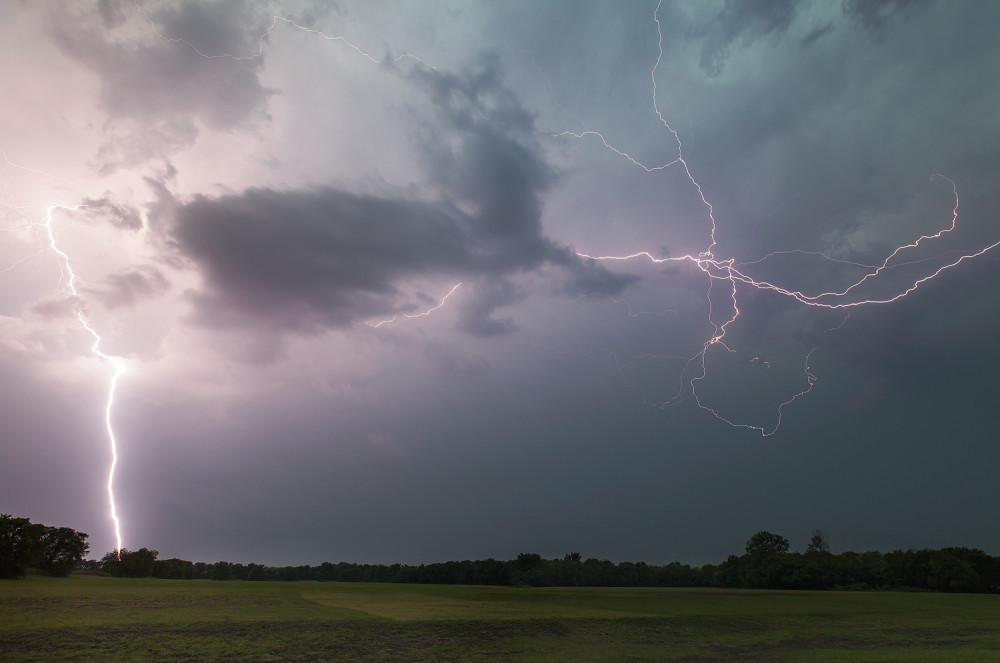 I have been fascinated with storms and especially lightning for as long as I can remember. Growing up in San Antonio, Texas, we had storms all the time, especially in the Spring. When I was 13 years old, I built a camera to photograph lightning for my school science fair. The camera was a simple pin-hole camera made out of cardboard sealed with black gaffe tape, bolts and wing nuts for loading / advancing 35mm film. END_OF_DOCUMENT_TOKEN_TO_BE_REPLACED