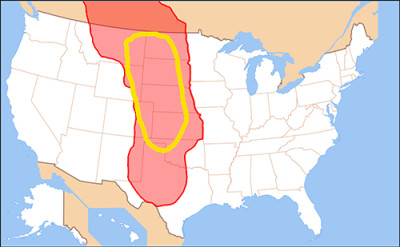 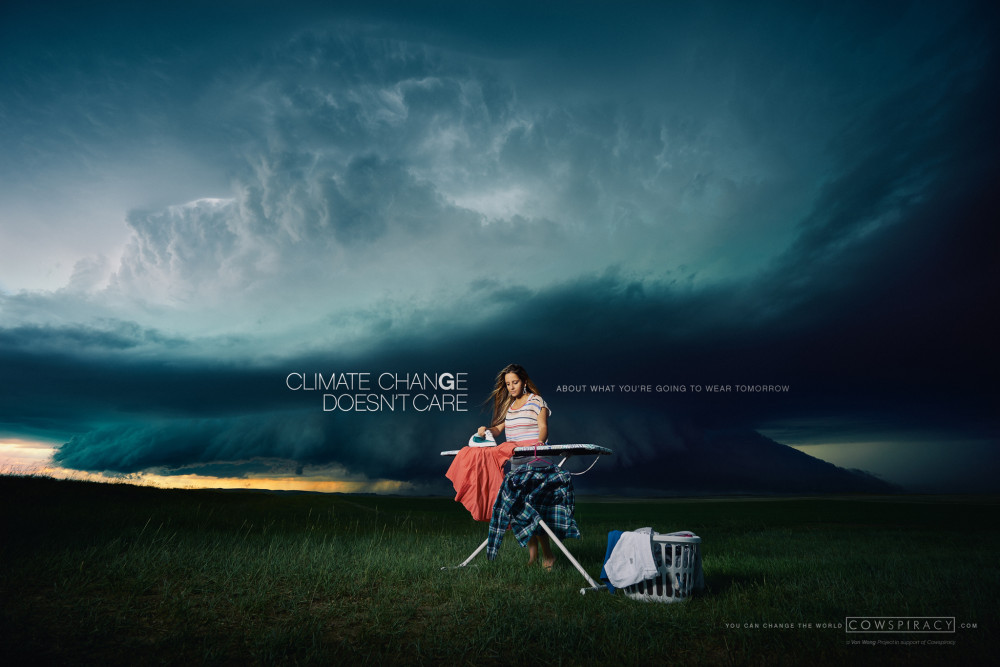 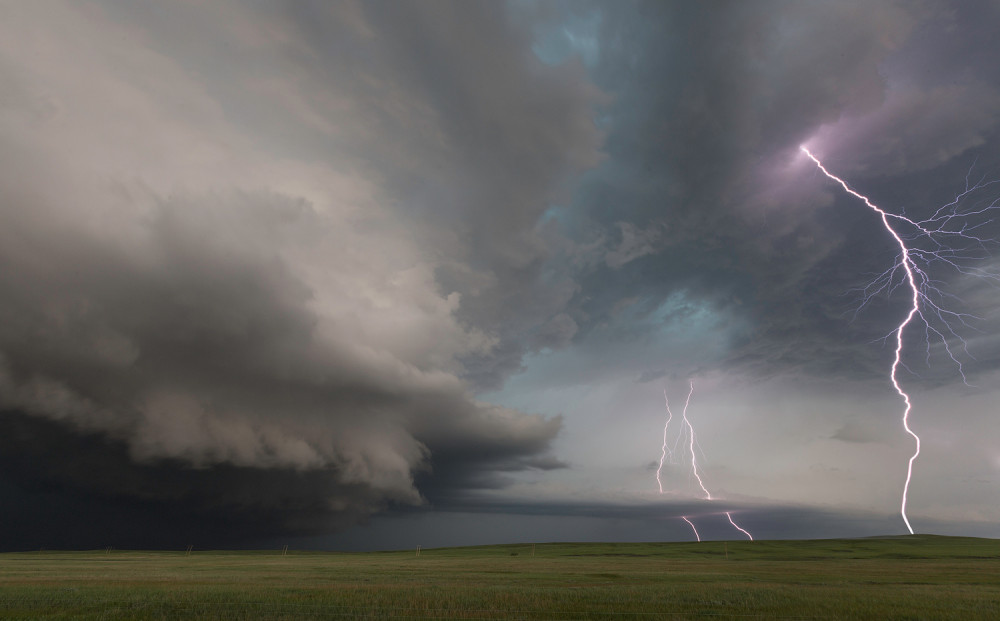 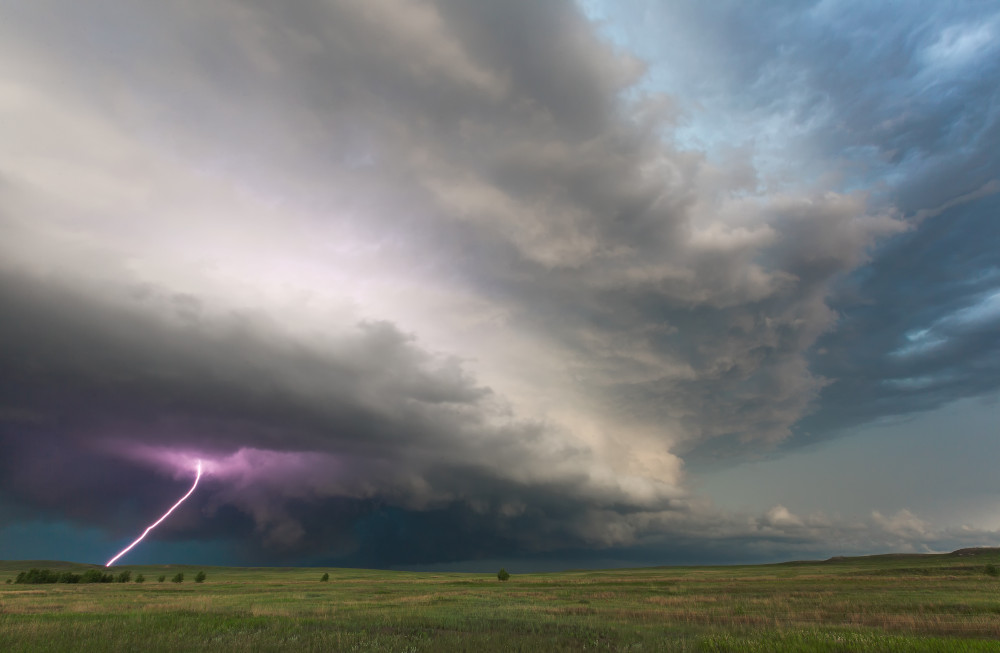 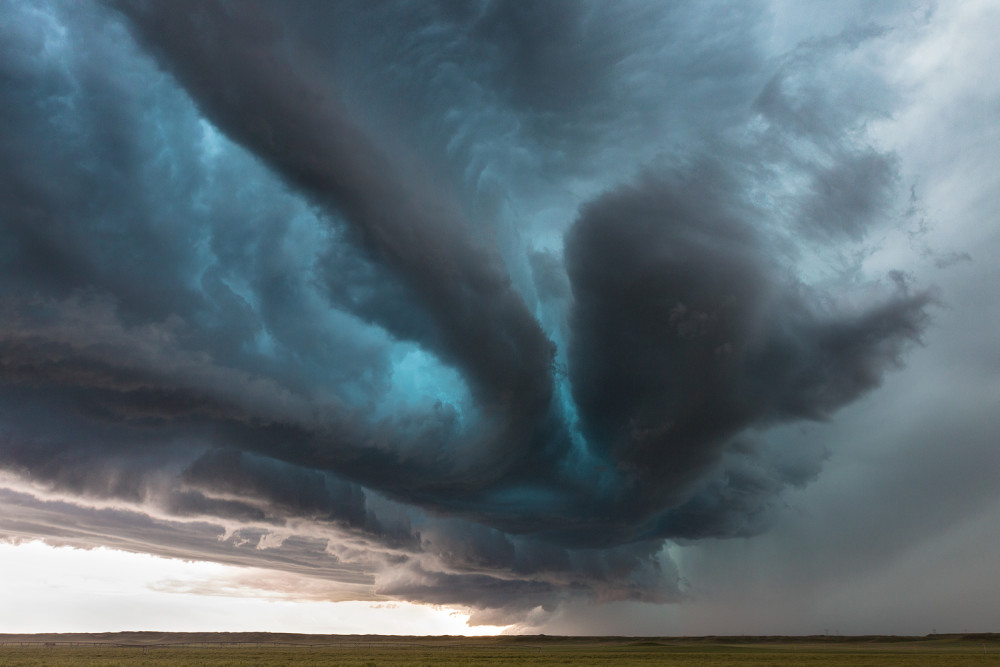 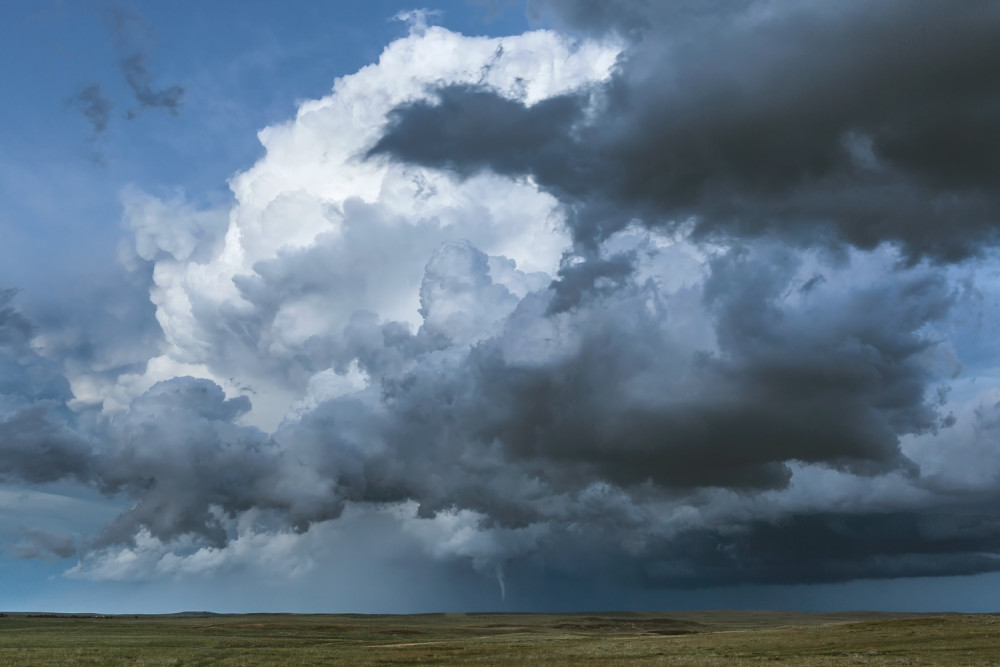 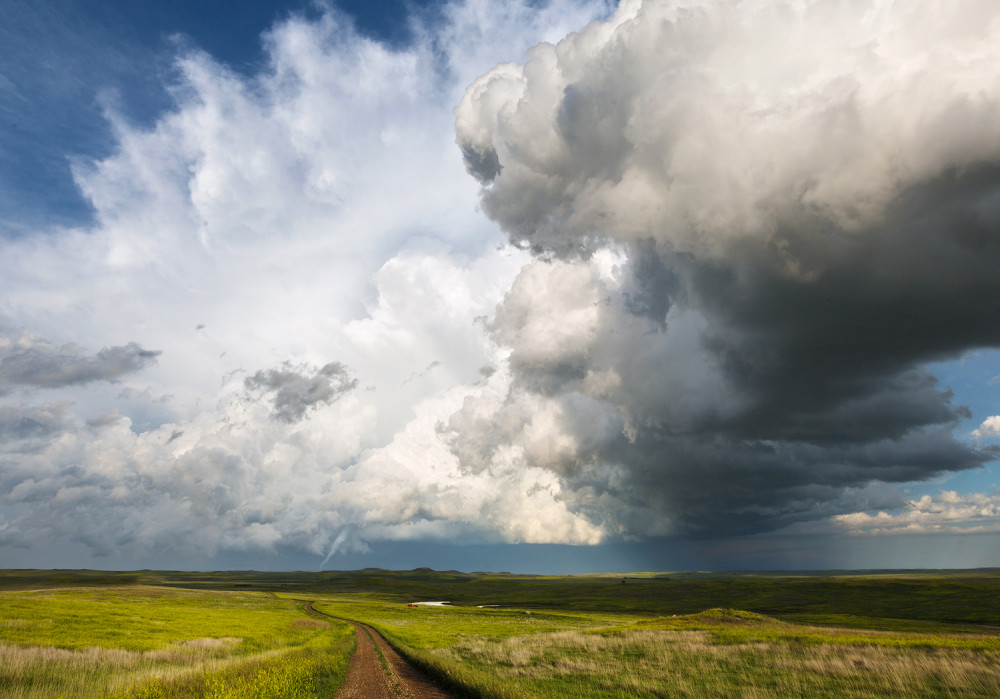 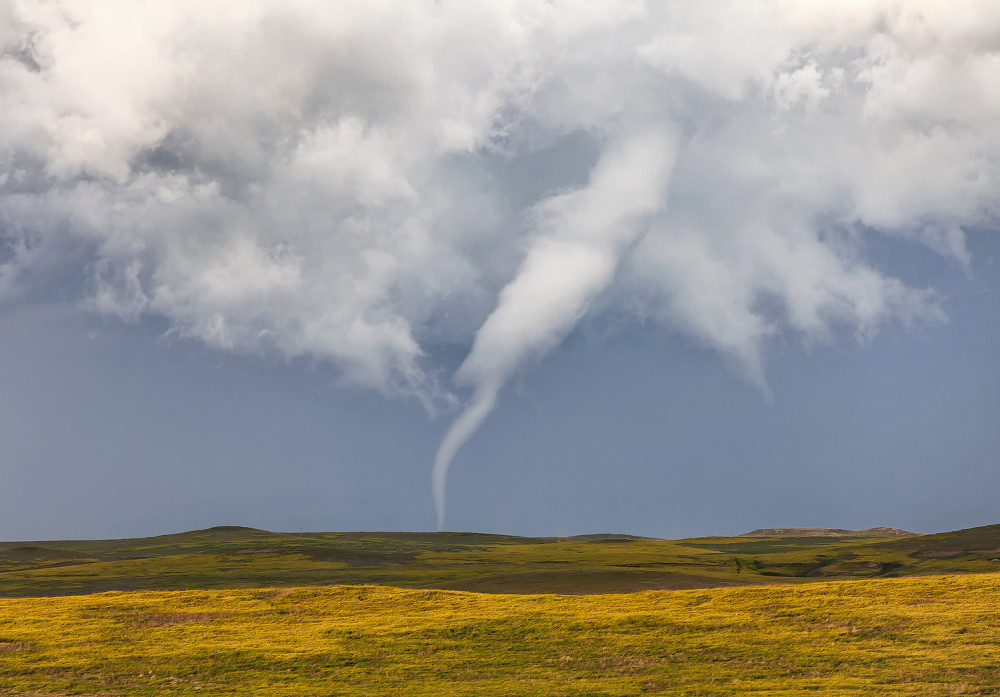 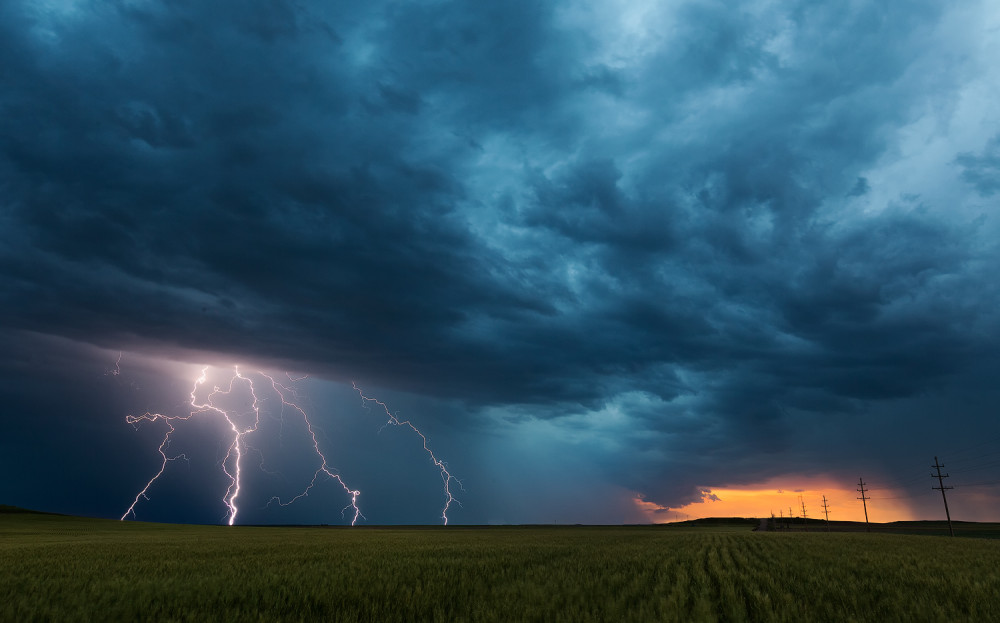 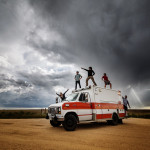 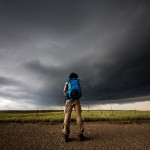 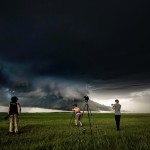 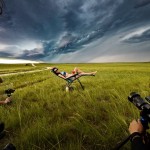 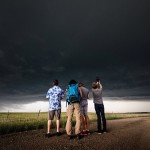 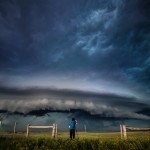 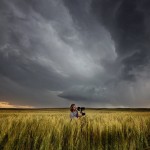 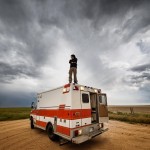 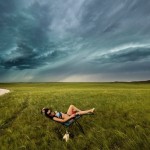 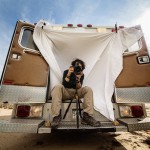 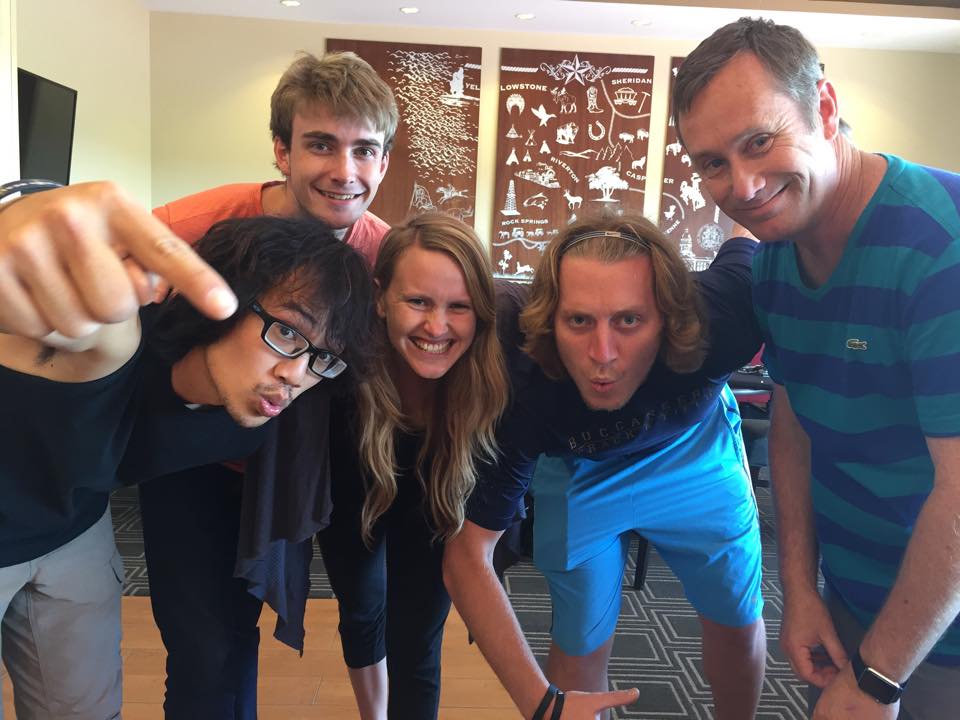 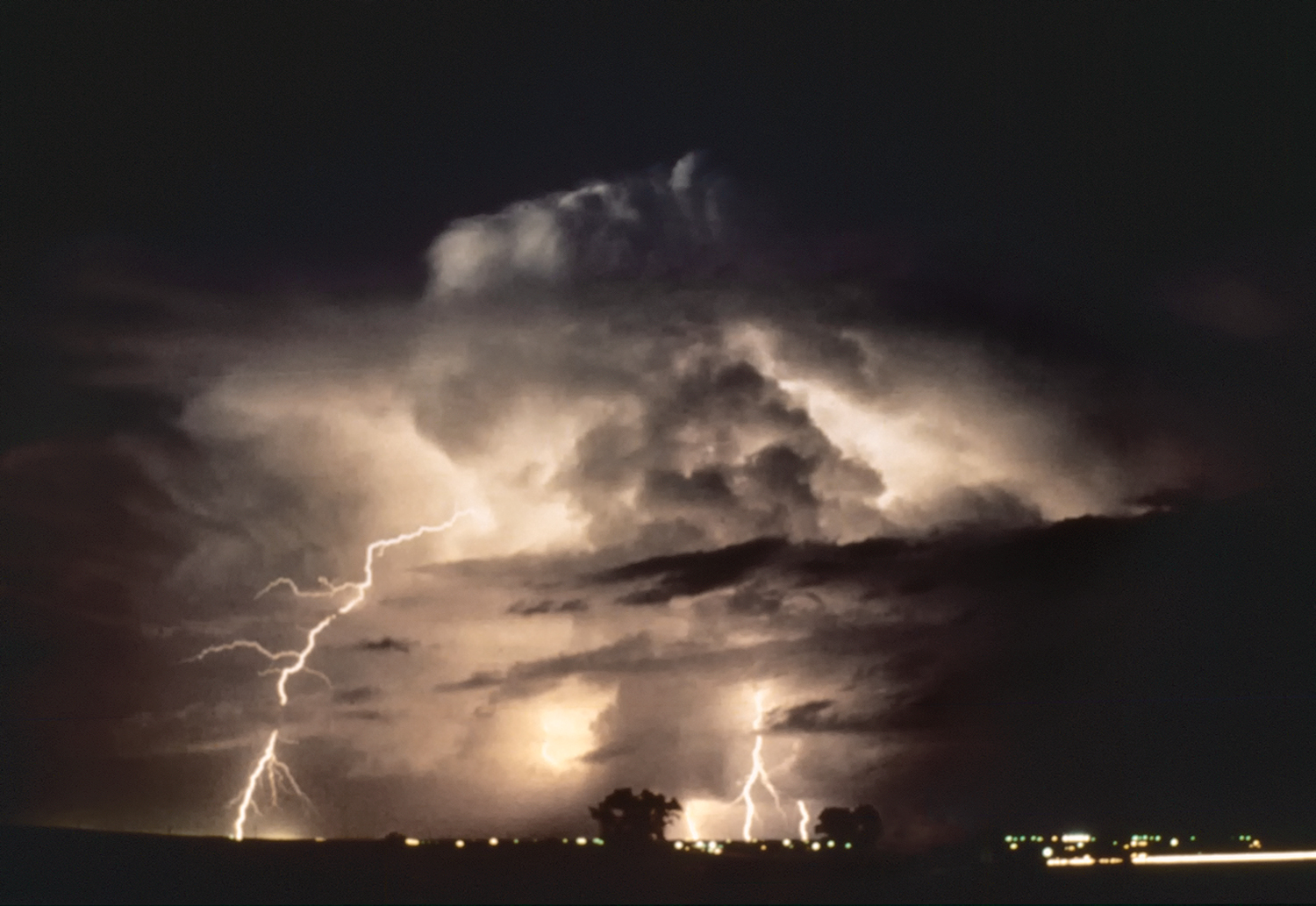 I have been fascinated with storms and especially lightning for as long as I can remember. Growing up in San Antonio, Texas, we had storms all the time, especially in the Spring. When I was 13 years old, I built a camera to photograph lightning for my school science fair. The camera was a simple pin-hole camera made out of cardboard sealed with black gaffe tape, bolts and wing nuts for loading / advancing 35mm film. END_OF_DOCUMENT_TOKEN_TO_BE_REPLACED

Intercepted this beautiful tornado warned supercell just outside of Morgans Mill, Texas last weekend. This storm put down a tornado minutes before we arrived to this point. I was waiting on it to show itself, but it never did. Had to get out fast before the core arrived. I was hearing reports of baseball sized hail, represented by the teal color in the middle of the storm. Very cool tail cloud forming on the horizon. Amazing storm! 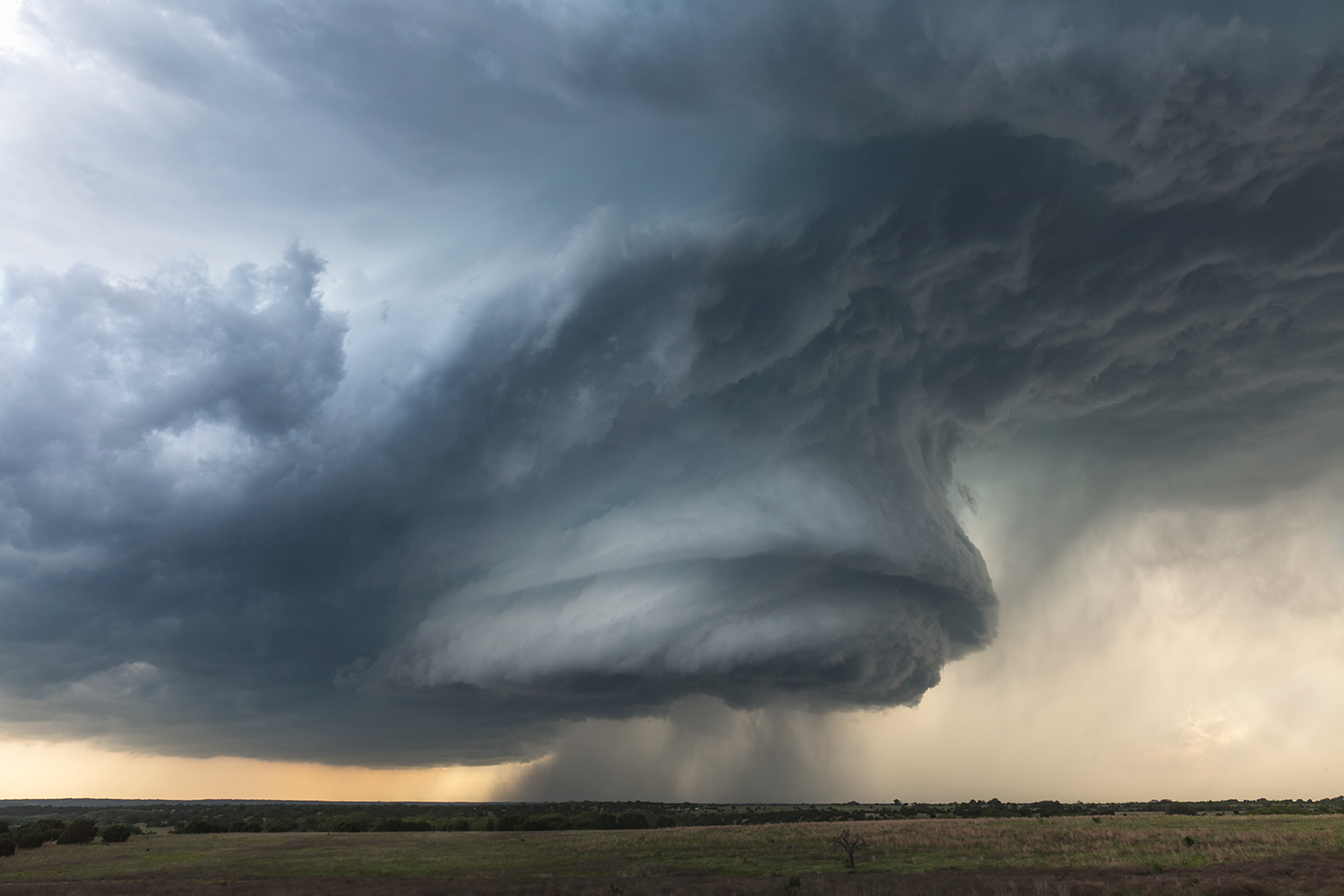 This tornado warned supercell was one of the best, especially one of the most beautiful storms I have seen in in my years of chasing storms. I intercepted just North of Hico, TX (N. Central Texas). It had produced a tornado just minutes to my arrival. The mesocyclone was rotating very rapidly, I know this storm had produced a tornado minutes before I arrived. There was a strong couplet, so I would not be surprised if there was a tornado wrapped up in the rain. Thanks for stopping by and looking, I will have more in the coming days. Please leave me a message below 🙂 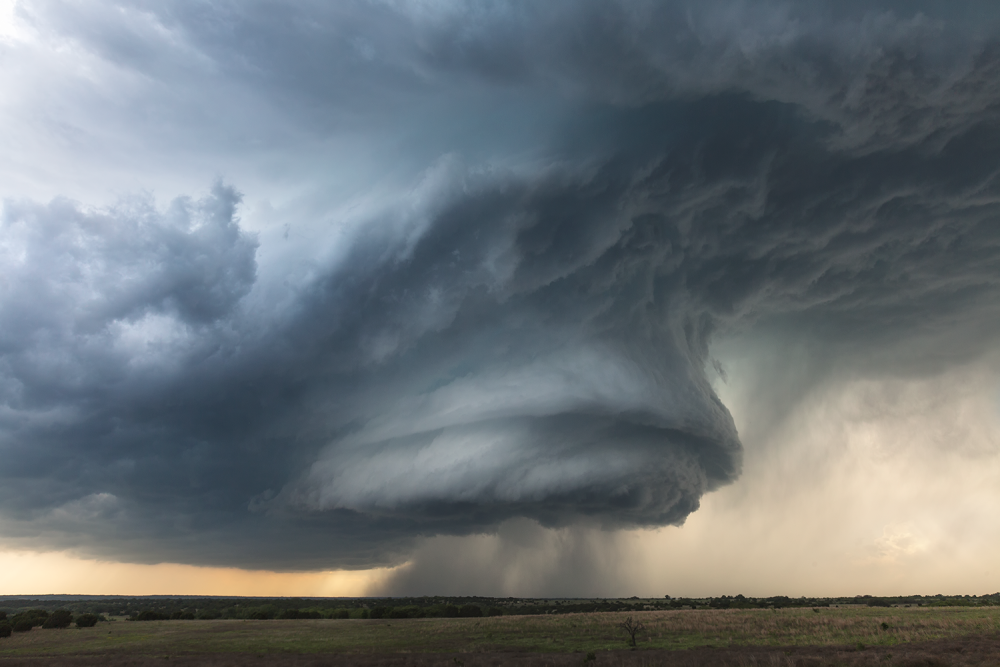 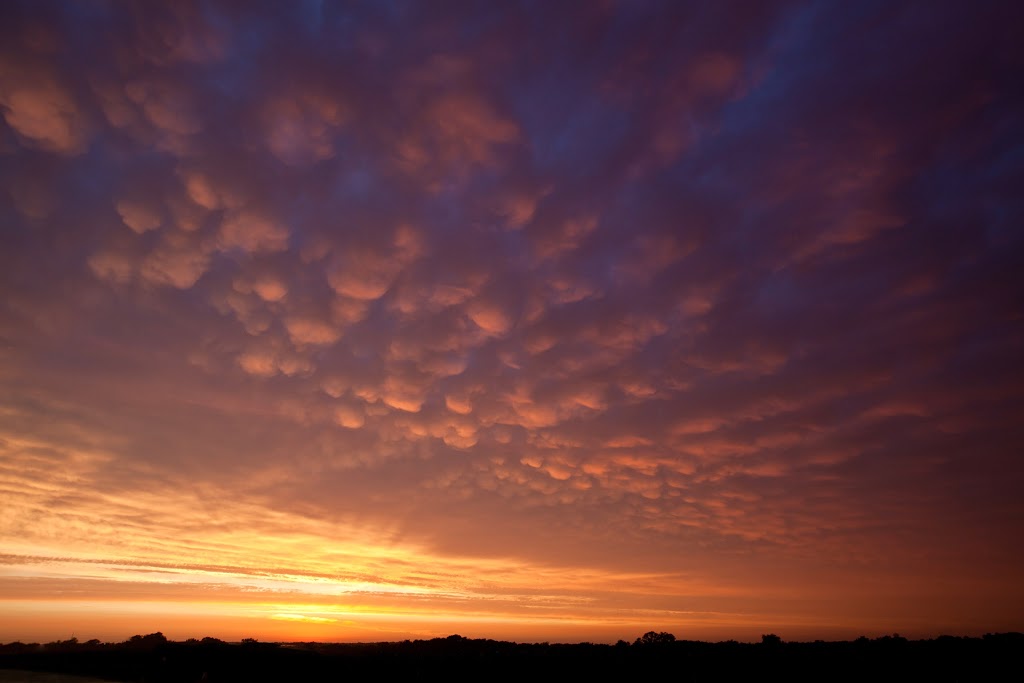 Mammatus clouds on the backside of a dissipating supercell lit up beautifully at sunset a few years back. Look at this and long for storm season to begin again on the Plains! 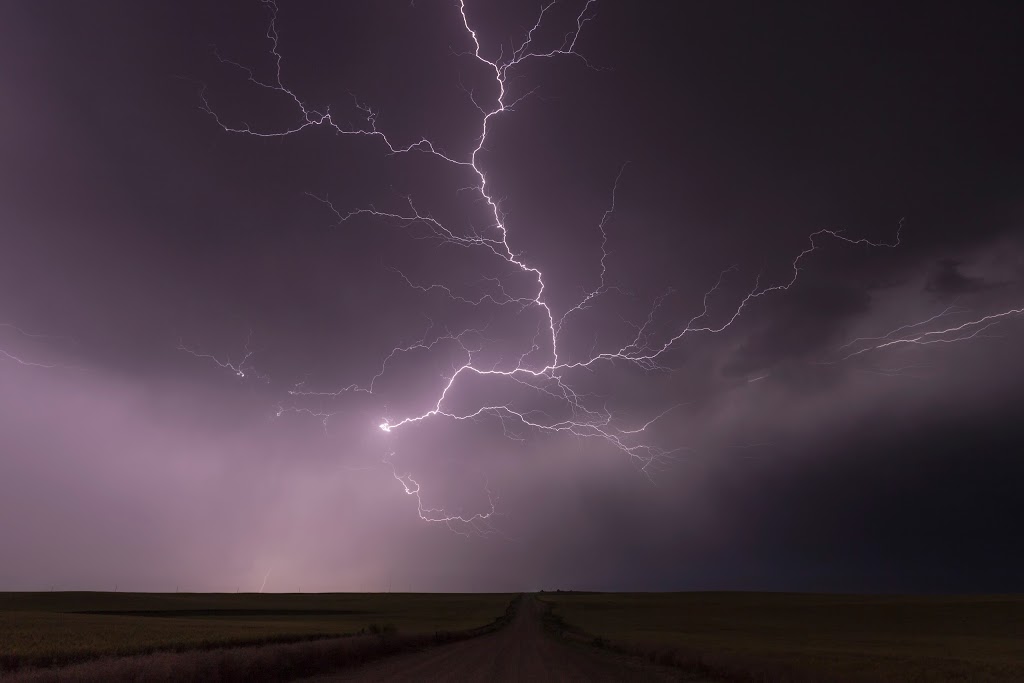 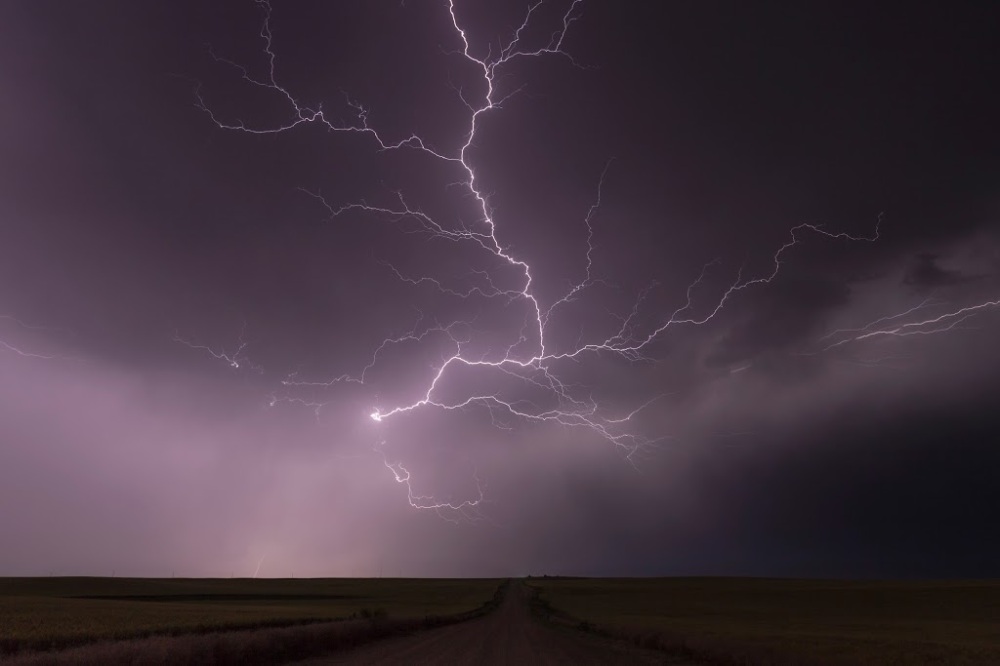 Anvil crawler lightning over my head in Ogallala, Nebraska. What a incredible sight! When large storm systems such as supercell start to weaken and break away from the anvil, it is called a “orphaned anvils”. Orphaned anvils often discharge large amount cloud to cloud lightning. When storm chasing, I look for this happening, often on the backside of a storm moving away.This is one of my favorite images of anvil crawler lightning. It is hard to explain how large these discharges are. This shot was a 16mm holding the shutter open with a remote. I could hear the “sizzle” of the lightning over my head.  Hope you enjoy!
Continue Reading
Press  /  Video 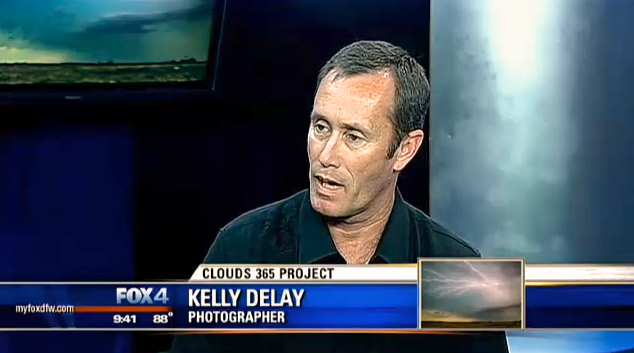 I had a opportunity to sit down with meteorologist Dan Henry of FOX 4 news here in Dallas to talk about my Clouds 365 Project. I think it came out really great. I hope you enjoy, please share 🙂

Revisiting images from earlier this year and adding to my my “favorites” portfolio. Captured this beautiful supercell over Melon Mesa in Capulin, NM, across the highway from Capilin Volcano Monument earlier this year. I love this area so much. 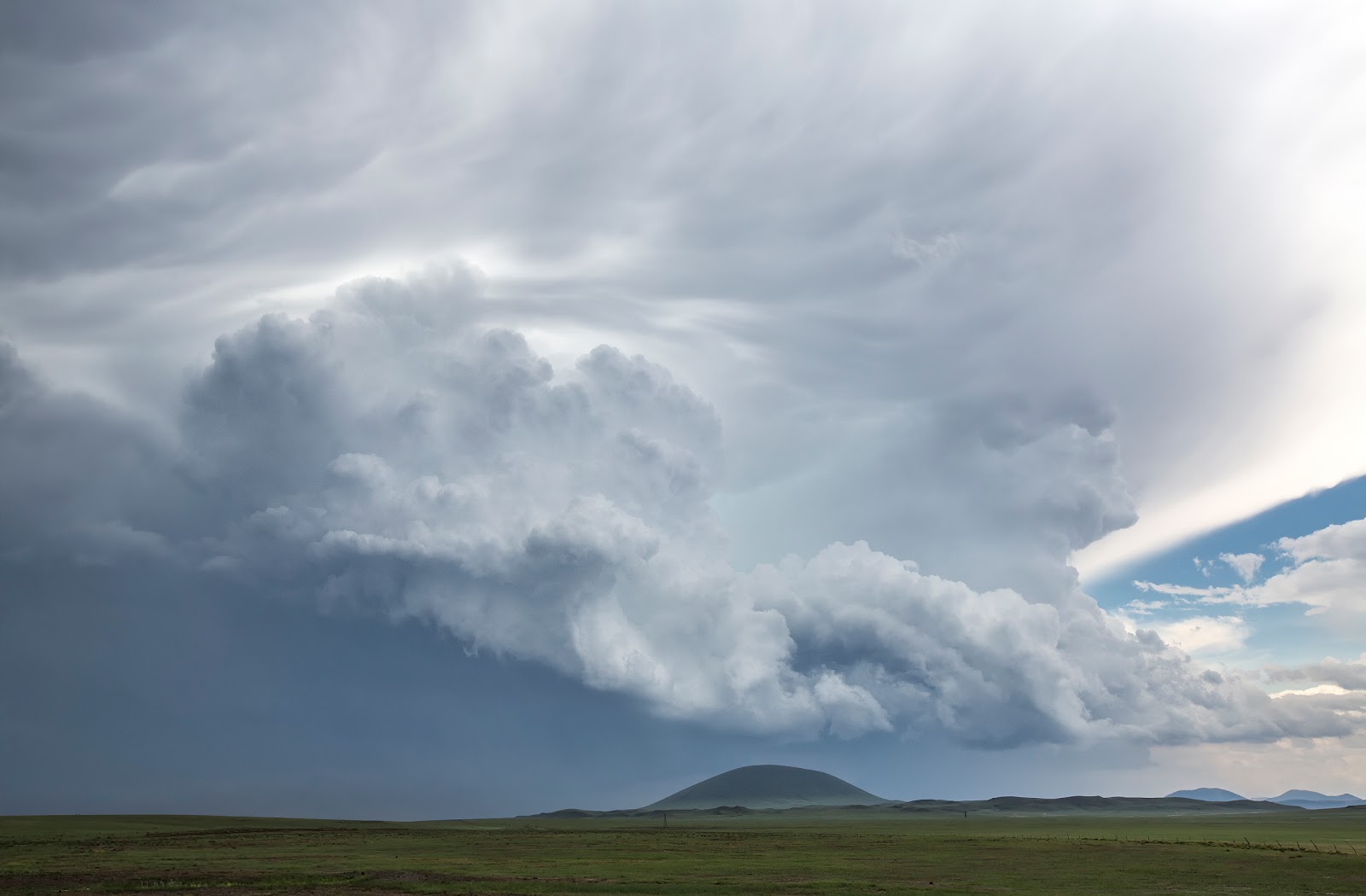 In honor of #ThunderstormThursday , curated by myself and +Christina Lawrie, I processed… 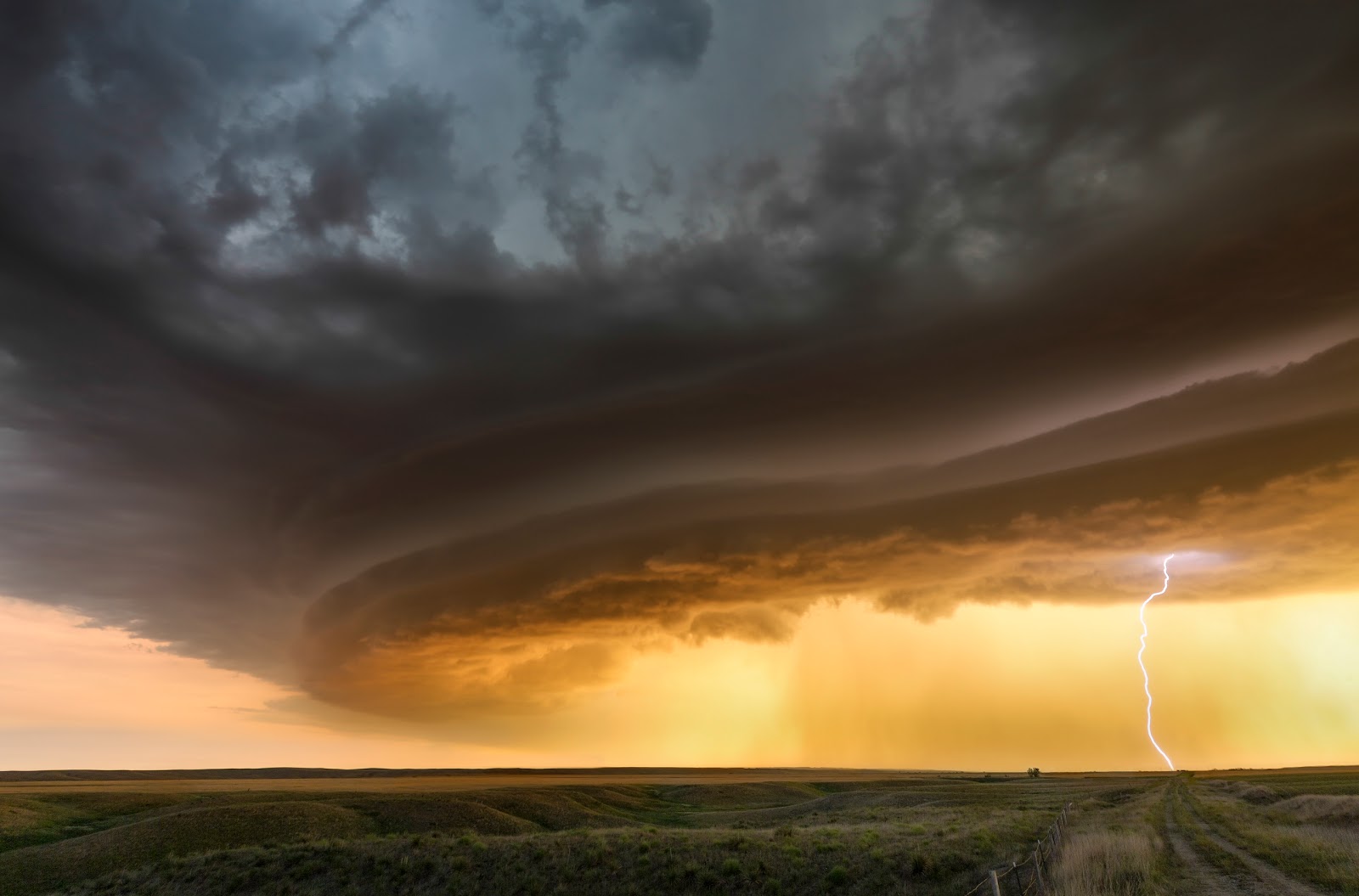 In honor of #ThunderstormThursday , curated by myself and +Christina Lawrie, I processed another image from my favorite storm chasing day in Phillip, South Dakota on 6-30-12. The image from a few minutes prior to this one is the most popular of my Clouds 365 Project (http://goo.gl/juK2dy).

This supercell was amazing, with all of the elements you need for a dramatic image happening at the same time. Love the landscape, the color and the lone lightning strike. I am happy with the way this one came out. Hope you enjoy!

Beautiful lightning display from this tornado warned supercell outside of Hodgeman, Kansas earlier this year on May 13, 2013. This strike seemed to move in slow motion, striking the ground and returning to the clouds and forking out again. Amazing to watch! One of my favorites from my Clouds 365 Project.